From Prague to Mongolia, wild horses return to the steppes

A Przewalski's horse leaves its container after being released in Takhin Tal National Park, part of the Gobi B Strictly Protected Area, in south-west Mongolia, June 20, 2017. David W Cerny 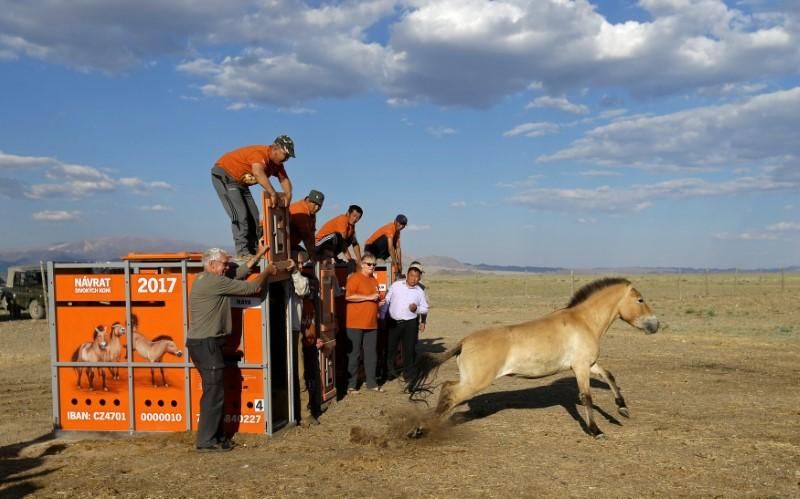 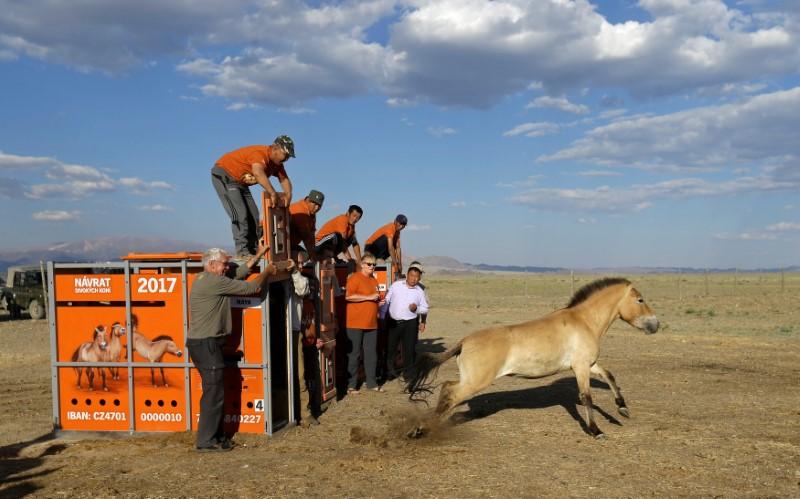 A Przewalski's horse leaves its container after being released in Takhin Tal National Park, part of the Gobi B Strictly Protected Area, in south-west Mongolia, June 20, 2017.
David W Cerny

GREAT GOBI B, Mongolia (Reuters) - A quarter-century-old project to repopulate the steppes of Mongolia with wild horses was kept alive as four animals made the long trip back to their ancestral home from Prague Zoo.

Driven to extinction in their homeland in the 1960s, the Przewalski's horses survived in captivity before efforts began to re-introduce them to the arid desert and mountains along Mongolia's border with China.

Zoos organized the first transport to Mongolia of the strong, stocky beasts in 1992.

For the past decade, Prague Zoo has been the only one continuing that tradition and it holds the studbook of a species whose ancestors - unlike other free-roaming horses such as the wild mustangs of the United States - were never domesticated.

The zoo completed its seventh transport last week, releasing four mares born in captivity in the Czech Republic, Germany and Denmark in the Gobi desert. They will spend the next year in an enclosed area to acclimatize before being freed.

"All the mares are looking very well, they are not hobbling, they are calm, eating hay and trying to test the taste of the new grass," Prague Zoo veterinarian Roman Vodicka said after making observations a few days after the release.

Prague has released 27 horses in total and officials estimate around 190 are now back in the wild in the Gobi B park, where the most recent arrivals were sent.